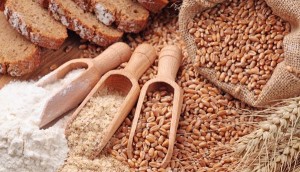 Article as appeared on eve.com.mt on 20th November 2014

I am often asked about wheat and grains and my opinion about which ones are best and what health benefits are provided by the different forms of grains. The food and health industry is constantly bombarding us with claims promoting the almost-miraculous qualities of this or that grain, so the confusion is inevitable.

Grains, also known as cereals or cereal grains, are a staple of most diets and are a main source of carbohydrates, and, to a lesser extent proteins. Grains have three components: The outer layer called bran which contains fibre, vitamins, minerals and phytonutrients. Refining removes this layer, while whole grains have this layer intact. The endosperm is rich in carbohydrates in the form of starch, as well as proteins. Gluten is the main protein component of certain grains, such as wheat, barley and rye, while other grains contain different proteins, and are therefore gluten-free.

The germ contains unsaturated (healthy) oils, vitamins E and B, minerals and phytonutrients.

I will now go over the most popular classes of grains and briefly discuss their properties.

Wheat: is by far the most commonly consumed type of grain. The most widely used are bread wheat, that is used to make bread, cakes and pastries, and durum wheat, which also includes semolina. Durum wheat is used to make pasta, breakfast cereals, bulgur and couscous. Other, less widely used types of wheat are spelt, emmer, einkorn and kamut. These wheats have more ancient origins than modern wheat and are promoted for their higher protein, fibre and vitamin content. Whenever possible, consumption of wholegrain wheat products or products containing wheat bran is indicated.

Rice: needs no introduction at all. Of note are Basmati rice, which has a lower Glycaemic Index (GI) than normal rice, and brown or wild rice, which have their bran layer intact, thus being whole grains and therefore more nutritious than the refined varieties.

Corn: is either consumed whole, on the cob or as separate kernels, or refined to various degrees to produce a number of products. These include corn starch or syrup used to sweeten foods, corn flour that is used as a thickener, corn meal for making polenta or tortillas, and grits used for cornflakes or chips. Let us not forget that popcorn is a whole grain, making it a tasty high-fibre treat.

Oats: the soluble fibres in oats have been shown to lower LDL (bad) cholesterol and are therefore promoted as healthy heart grains, mainly in the form of breakfast cereals. In addition, oats contain a number of antioxidants that also play a role in promoting health. Oats are classified as whole grains.

Barley: is rich in beta-glucan, giving it the same heart-friendly properties as oats. Apart from its use in beer, barley is used to make soups, porridge and breakfast cereals.

Millet: is a very hardy grain that survives in unfavourable climates. Being gluten-free, millet bread may be used as a substitute for wheat bread. Millet is also used to make porridge, boiled like rice or added to foods to improve texture.

Buckwheat and quinoa. These are not true grains but are often included with the grain class as they have very similar properties. Buckwheat is high in fibre and contains beneficial antioxidants and minerals. It is used as a substitute for wheat in many gluten-free recipes and is also used to produce noodles, as well as being a part of many traditional European and Asian recipes.

Quinoa has gained in popularity lately. It is higher in protein, when compared to conventional grains and contains less carbohydrates, that also has a lower GI than those founds in traditional grains. In addition, quinoa is high in fibre, vitamins B and E and contains phytochemicals. Quinoa is either cooked whole or made into flour or flakes and incorporated into a variety of recipes.

More details about these and other grains may be found here glnc.org.au/grains