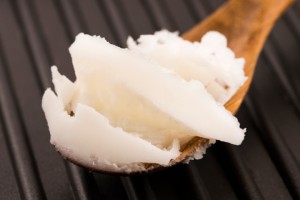 The relationship between saturated fats and increased risk of heart disease has been well-established in the medical literature. In March 2014, however, a systematic review and meta-analysis published in the Annals of Internal Medicine muddied the waters, suggesting that there was limited evidence linking saturated fat to heart disease.

A media frenzy ensued with popular outlets such as the New York Times calling for the return of butter and other saturated fats to our tables. In my own practice, I encountered patients who were getting increasingly confused and sadly disillusioned with all the mixed messages they were receiving. But as it turned out, the study was deeply flawed and was greeted with staunch opposition. One expert, Dr. Walter Willet, chair of the Department of Nutrition at Harvard School of Public Health, called the findings into question.

What are We Substituting for Saturated Fats?

It’s important to note the kinds of foods that we are substituting for those rich in saturated fats, as we remove or limit them from our diets. Most folks do not simply eliminate saturated fat in their diet. Instead, they replace foods rich in saturated fat with something else to keep their calorie intake consistent. For instance, when foods rich in saturated fat get replaced with foods rich in refined and processed carbs (think fat-free cookies and pretzels), the subsequent spike in blood glucose can release a large amount of insulin from your pancreas, raise a form of fat in your blood called triglycerides and lower your HDL cholesterol (the healthy kind). Thus, the replacement of saturated fats with refined carbohydrates can be even more detrimental to health.

On the flip side, when you replace saturated fats with mono- or polyunsaturated fats (for instance: sautéing vegetables in olive oil instead of drizzling them with butter), this can favorably impact your cholesterol levels, i.e. lower LDL cholesterol (the bad kind) and raise HDL cholesterol.

Is Coconut All It’s Cracked up to Be?

Touted by some as the next superfood, coconut’s claim to fame may be because more than half of the fatty acids it contains are medium-chain fatty acids, called MCTs (the fatty acid chains in MCTs have between eight and 12 carbon atoms). Recent studies show that MCTs are more readily oxidized by the body and hence not as easily stored as fat compared to LCTs, or long-chain triglycerides. This could confer an advantage for those trying to lose weight. What is interesting about MCTs is that they are able to bypass a metabolic route in the body that other fats in foods, such as olive oil, cannot.

Eager to cash in on coconut’s many purported benefits, food manufacturers started adding coconut and coconut oil to a variety of commercial products such as spreads, smoothies and creamers. However, the studies in question contained MCTs with eight and 10 carbon fatty acid chains. Since almost half of coconut oil (44 percent) consists of 12-carbon fatty acids, and 16 percent contains 14-carbon fatty acids, the results were not directly applicable to coconut oil. Besides, at about 91 percent saturated fat, coconut oil has the dubious distinction of containing the highest amount of saturated fat among all oils Tweet this, outstripping even butter which contains about 68 percent. Saturated fat raises HDL, but unfortunately raises LDL too, so at this time experts recommend that consumers use coconut oil sparingly.

The current scientific consensus is that we should replace saturated or trans fats in our diets with unsaturated fats. Experts advise emphasizing monounsaturated fats from olive oil; whole-plant fats from foods such as nuts, avocados or olives; and omega-3 fatty acids from fatty fish, walnuts and flaxseed. Replacing saturated and trans fats with refined carbs will adversely impact cholesterol as well as triglycerides in your blood. Although small amounts of coconut oil may be acceptable, we want to think twice before adding it to every recipe or smoothie.

Dr. Antonella Grima M.D. M.Sc. Pg.Dip. is the founder of the Health and Nutrition Centre in Luqa, Malta. She is a Medical Doctor specialised in Public Health as well as a Registered Nutritionist. Read More >

Subscribe to our newsletter to keep yourself up to date with the latest tips and news about healthy living and nutrition. Click Here to Sign Up >

Article by  Dominika Zielińska The food industry offers a lot of products for people who care about their figure. Low-fat or low-sugar versions of many products fill supermarket shelves. However, the value of such food as helpful in slimming is debatable and some products have a worse nutritional value than their “fattening” counterparts. NON-FAT PRODUCTS Store… END_OF_DOCUMENT_TOKEN_TO_BE_REPLACED

Article by  Dominika Zielińska WAYS OF NO-FAT COOKING Dietary modification that is beneficial for health consists mainly in reducing the amount of fat. In addition to choosing low-fat products, we are able to reduce the consumption of fat used in cooking. This article shows how to prepare meals with reduced fat. Steam cooking is fast, fat-free… END_OF_DOCUMENT_TOKEN_TO_BE_REPLACED

Article by  Dominika Zielińska SODIUM (NA) This metallic element is important for life. It is the main component of table salt, spread throughout the body in the fluid surrounding the cells. It plays a very important role in maintaining the osmotic pressure in the tissues, allowing the flow of oxygen and nutrients to and from the… END_OF_DOCUMENT_TOKEN_TO_BE_REPLACED

Article by  Dominika Zielińska Increasingly popularized as a healthy food, yogurt has been consumed for centuries in many long-lived nations of the world. Now re-discovered as a probiotic, it is simply fermented with the participation of various strains of bacteria, including Lactobacillus acidophilus and Bifidobacteńum bifidum. Bacteria make the milk curd, and this happens thanks to… END_OF_DOCUMENT_TOKEN_TO_BE_REPLACED

Article by By Dominic Howell BBC News In 2015, a study claimed early exposure to peanut products could cut the risk of allergy by 80%. Now researchers say “long-lasting” allergy protection can be sustained – even when the snacks are later avoided for a year. The New England Journal of Medicine study looked at 550 children… END_OF_DOCUMENT_TOKEN_TO_BE_REPLACED

Article by Sangeeta Pradhan, RD, LDN, CDE as published on foodandnutrition.org The relationship between saturated fats and increased risk of heart disease has been well-established in the medical literature. In March 2014, however, a systematic review and meta-analysis published in the Annals of Internal Medicine muddied the waters, suggesting that there was limited evidence linking saturated fat… END_OF_DOCUMENT_TOKEN_TO_BE_REPLACED

By: Sarah Romotsky It’s a fact: fad diets are here to stay. From Lord Byron’s popular diet of potatoes drenched in vinegar (stomach problems, anyone?) to the grapefruit diet and cleanses, there’s always a new “it” diet. Believe me, I know how enticing it is to believe that there is one answer to being healthy, and… END_OF_DOCUMENT_TOKEN_TO_BE_REPLACED

You may pump iron at the gym a few times a week, but your body pumps it continuously through the bloodstream every day. Iron is needed to make hemoglobin, a part of red blood cells that acts like a taxicab for oxygen and carbon dioxide. It picks up oxygen in the lungs, drives it through… END_OF_DOCUMENT_TOKEN_TO_BE_REPLACED