Skip to content
You are here
Food for Health 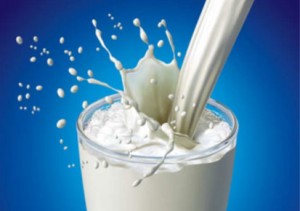 There is an ever-growing group of people who, for one reason or another, have excluded dairy products completely from their diet, opting to obtain their calcium from other sources. I feel I cannot say anything about those who opt out for ethical reasons, such as vegans who refuse to consume any animal products on the grounds of refusing to utilise animals and their products for human gain. It is a life choice and I respect it. However, I at times doubt how well informed the rest of the dairy non-consumers are about the pros and cons of consuming this food group and wonder whether they are somewhat misguided in their choices.

Archeological evidence has shown us that cattle has coexisted with humans since 10,000 BC. Cattle remains have been consistently found in ancestral human settlements worldwide, together with evidence that cattle was kept for milk, meat and hides. This close relationship between man and cattle that spans over twelve millennia gives one reason to believe that evolution has favoured humans who consumed dairy over tribes who did not. Similarly, it is very plausible to believe that over the millennia human genes and digestive systems have evolved to take full advantage of the properties of milk and its products.

Some argue that cow’s milk is made for baby cows, and not for humans. It is true that the digestibility and nutrient bio-availability of cow’s milk is inferior to that of human breast milk. However, this holds true only where infants, whose nutrition is derived entirely from milk, are concerned. In older children and adults breast milk consumption is highly unlikely and cow’s milk is the next best thing. Milk is in fact an excellent source of protein, as well as one of the best sources of calcium. There are other non-dairy sources of calcium, which is essential for healthy bones, among other things. However, ensuring an adequate daily intake of calcium from dairy (3 portions a day) is already difficult to achieve for most, let alone from other sources such as leafy greens and soy beans that are not usually consumed on a daily basis. The consumption of enough calcium is essential for all age groups and is especially important in children and teens where rapid bone growth is occurring, in pregnant and lactating mothers where demands are increased, and in the elderly where bone loss can lead to fractures that impact quality of life and survival.
In fact, in recent years, a disease called rickets, due to calcium or vitamin D deficiency, has resurfaced in middle class Londoner children. Once a disease of poverty and malnutrition, the cause of rickets is now unfortunately faddy diets and dairy elimination by parents who genuinely believe they are acting in their children’s best interest.

Promoters of vegan diets argue that animal proteins are pro-inflammatory, thus leading to chronic conditions like heart disease and cancers, among other things. While there is undebatable evidence that a diet that is rich in vegetables, fruits and unrefined grains offers protection from a number of diseases, it is also true that dairy is consumed daily in moderate quantities among the world’s longest living populations, such as the Sardinians and Ikarians. Interestingly, Ikarians consume mostly yoghurt as a source of dairy, one of the lower fat varieties of this food group. In fact, in order to prevent heart disease, most nutritional authorities recommend the consumption of skimmed or low fat dairy rather than the fattier versions, such as hard cheeses and butter.

In the end I truly believe in applying the maxim “virtus est in media res” to nutrition. We are in reality omnivores of hunter gatherer origin. Consuming small amounts of food from the different food groups, while watching things like saturated fat and sugars, where there is undisputed evidence that consumption is harmful, is both pleasant and beneficial.